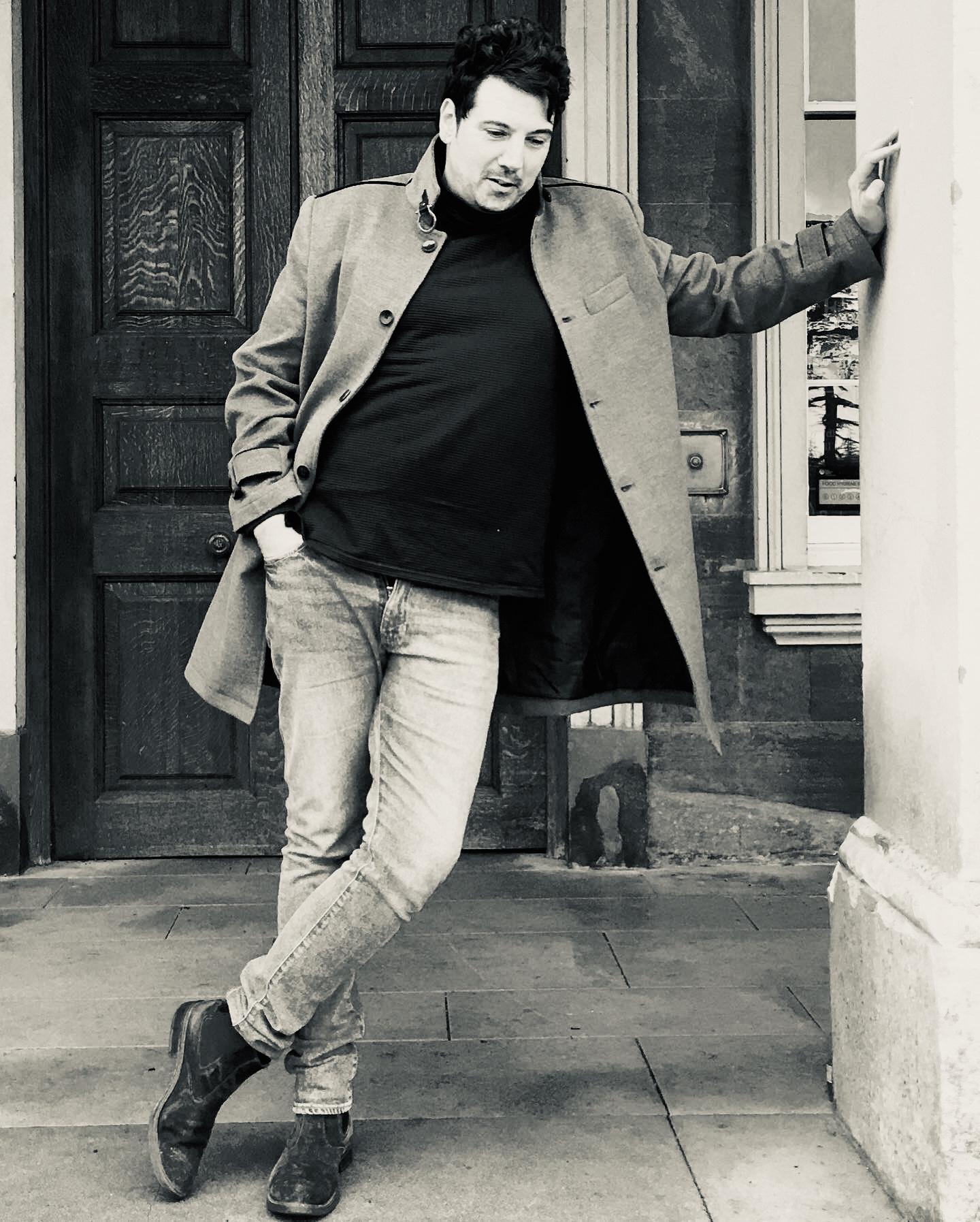 Today we met with Dar.Ra who makes an Amazing blend of Rock and Soul Music to spill the beans on his secrets in an exclusive interview!

CP: Hi! How are you doing today?

DR: Happy to be alive, its getting warmer in the UK and I’ve been decorating the house, walking the dogs and getting ready to Mix my next single ‘No Time For Tears’ which is based on the last moments of the Last Russian Tsar and his family. I had this idea about Love being stronger than Bullets.

CP: Let’s start with your current Album ‘Ballads For The Downtrodden’ and current EP ‘Kings n Serfs’.  What is the power strike behind these two releases?

DR: The album is a collection of my best ballad driven songs from the past few years starting with tracks off my first Solo album ‘Soul Hours’ in 2009 and picking up tracks from Albums and various EPs up to the present with tracks like ‘Whisky n Honey’, ‘Lights’ from the ‘New Kinda Normal’ Album and ‘Stand Up For The Heroes’ The two are connected in the fact that its about people standing in Solidarity and not feeling powerless to change anything for the better, just because they are not standing in the corridors of Power.

CP: What are your personal experience that you learned during this Pandemic period?
DR:That humans are basically surplus to requirements. The Planet doesn’t really need us as much as we like to think it does.

I think if this period of time makes us less egotistical and a bit more humble about how we live on this amazing Rock then maybe some good can come out of it.

Having had Covid and got through it has made me value my time here even more, and stay as creative as I can, release as much Music and make as many cool films as I can while I’m still on the planet

CP: You also released a hypnotic single “Rise Like the Sun” lulling listeners into its incredible rhythm. What inspired you for it?
DR: I think what passes for Mainstream popular Music is a pale shadow of its former glory. I came from a time when Popular music meant something, it had 3 to 4 minutes of glory on a piece of plastic, that made you feel someone cared about you and what you felt. Pop Music gave you a place where you could fit into different worlds where you believed you belonged.

I’m not saying that’s not happening today its just more fragmented than it was. Movements like Punk, Mods or even Skinheads wouldn’t happen today. Looking at the scenes now we where lucky to of come of age in the House Music revolution of the 90s where we experienced that fresh sound of the 909 pounding kick, the drugs and craziest parties on earth where One Love was the order of the day. Not sure that’s the case now.

A lot of things have reached a turning point now though and I guess things need to implode for them to re invent themselves. Football is another thing of the people, that has got to the point where it just doesn’t represent its community anymore its just about money and that quickly becomes boring when you sell out passion for Cash. So ‘Rise Like The Sun’ is basically saying do not get phased by the illusions crashing around you because all you have to be is True.

CP: Did you have a musical family? How did you get into music?

DR: Yes I did. My Mum’s side all played the piano and sang and my father was a writer so I guess those two elements combined to make Dar.Ra

I was always into making sounds happen. My Mum encouraged me from an early age though and bought me a Premier Drum kit when I was 10 and then helped me get my first studio together when I was 16. I got signed to EMI when I was 20 and then carried on from there really making records.

CP: When you were little boy, did you ever dream of landing number 1 spots on Rock Radio stations around the USA, play-listed on TV stations LA TV, H2O NYC, Nashville Music TV, landing on the front covers of various magazines?
DR: I always felt I was different as I’m a mix of races and never really fitted in at school or even in society if I’m honest. You get used to feeling like an outcast so Music becomes a place where you seek sanctuary, it’s a place that doesn’t care where your from or what colour you are or how rich you are, it just accepts You.

It’s a space far away from 3rd dimensional and goes beyond form. Those who go out there and try to bring inspiration back know what I’m talking about. It’s there for everyone, all you have to do is shut up and listen to what’s out there, once you hear it you’ve got a friend for life that never judges you.

Its just keeps giving you what you need in order to seek solace from an often cold world, where even your own family or so called friends can turn against you. It’s always been there for me and never let me down.

CP: Is ‘Fake It Till You Make It’ somewhat autobiographical for you?

DR: That came from being on tour in Australia a while back and going days without sleeping, working long hours in Recording studios and playing pretty hard. There was a girl who I used to hang out with that used to say it all the time and it just stuck in my head. It’s based on a wild period of time with some wild people who just wanted to live their best lives and be who they wanted. If you can convince Yourself you’re a star then who else matters, you a Star in Your own head and if you need to fake it to convince yourself for a while then why not.

CP: Among all your successful singles and EPs, what if your personal favourite?

DR: I think they are all-good in their own way and sum up periods of time for me. If I was to pick one it would be ‘Whisky n Honey’ I just felt I got that feel and storyline of the man who sold his soul to a Neon Wasteland right.

CP: How does it feel being famous?

DR: I’m just cool to still be making music and finding new possibilities for the craft to move it forward.

CP: What is the funniest/weirdest story that happened to you interacting with your fans?

DR: I seem to attract stalkers and have had a few who have freaked me out a bit. I had one woman a while back from Korea who somehow got hold of my phone number and used to phone me at 3am in the morning and scream suggestive dirty words down the phone, which my girlfriend didn’t find amusing. I changed my number, which helped.

CP: You’ve written two books, both getting top reviews on Good Reads and Amazon Books. 'Road Tales’ is about amazing people with life changing stories that you’ve met while touring the globe. You wanted to share these stories with the world so that those stories were not forgotten, did we get that right?
DR: Yes. Its 15 chapters with different people who all seamed to enter my world with tales that made me think that anything was possible. From Aboriginal faith healers to Native Indians in Guatemala who where standing up for land rights to an Australian artist who helped a girl to speak again after suffering from a serious trauma. It’s a celebration of what’s amazing about Humans.

CP: 'The Night That Jimi Died’ your second book tells about changing the DNA of the World through Music. Do you believe that music will save the world?
DR: I think music can play a part in healing our scars and mending our broken connections. Ultimately though its down to Humans to transcend the Primitive Survival brain. When we wake up and see we are stronger as a Human race then we might stand a chance. We have some growing to do though. Humans are pretty basic in their thinking still. 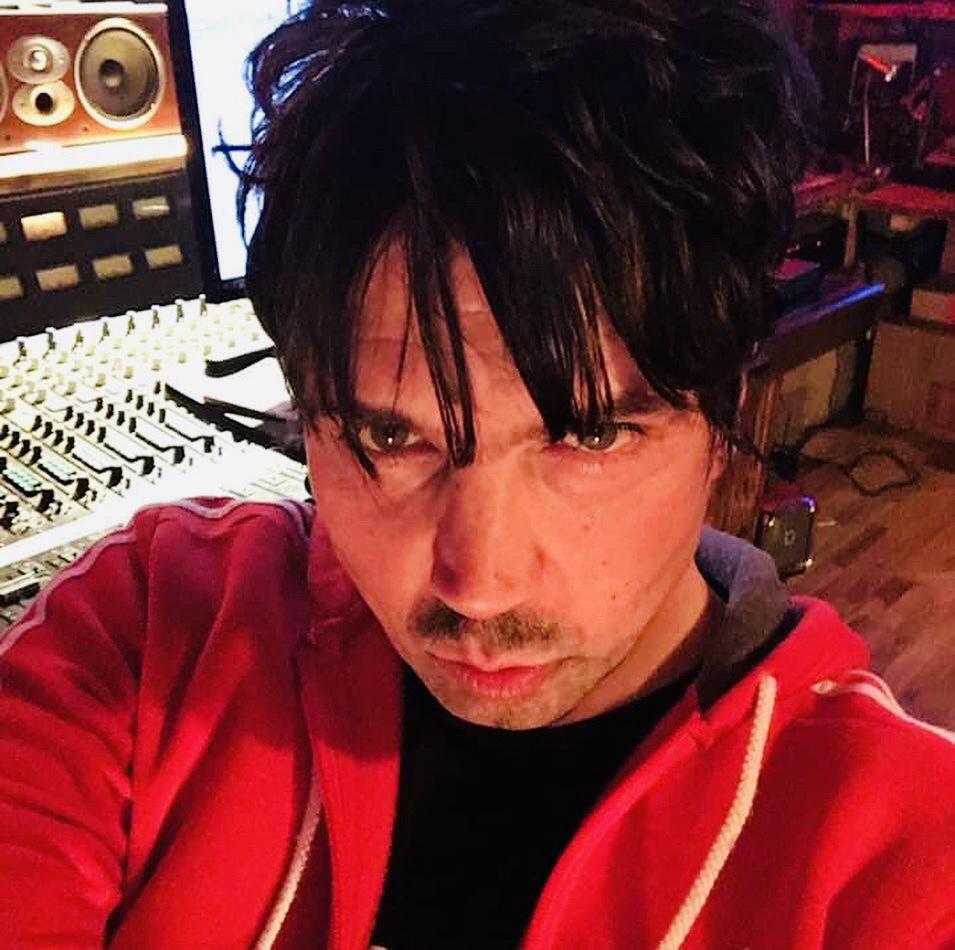 CP: If you could play with any musician, dead or alive, who would that be?
DR: Wagner or Beethoven or Scot Joplin.

CP: You have many faces: songwriter, producer, author. Which role you currently enjoy the most?
DR:The framework I’m working on at the time.

CP: What is your biggest dream right now?
DR: It’s a funny time because all the established structures are coming to an end, so a lot of things like the Grammys don’t mean much anymore, not saying I wouldn’t accept one as I do have Grammy award wining tunes for them to award me for. My only dream was to make Recordings that people enjoyed and I felt where worth putting out, if I can keep doing that, then I’ve kinda won really.

CP: Do you have upcoming events in 2021?
DR: I’m looking to buy a farm and finish off my next album this year.

CP: What is your motivational quote of the day?
DR: ‘Rise Like The Sun and Never Dim Your Light For Anyone’

CP: Thank you so much for being with us today!
DR: Been a Pleasure. Big Thanks to all the readers for giving me their time.